During May 27th to 31st, 2013, the second meeting between theatre-loving students from Regensburg and Clermont-Ferrand took place as part of a student exchange program sponsored by Deutsch-Französisches Jugendwerk (DFJW):

Five French students from various drama groups hailing from the three large housing estates in Clermont-Ferrand travelled to Regensburg, accompanied by the exchange commissioners and an "Animatrice Socio-Culturelle", where they were warmly received by the German exchange participants. 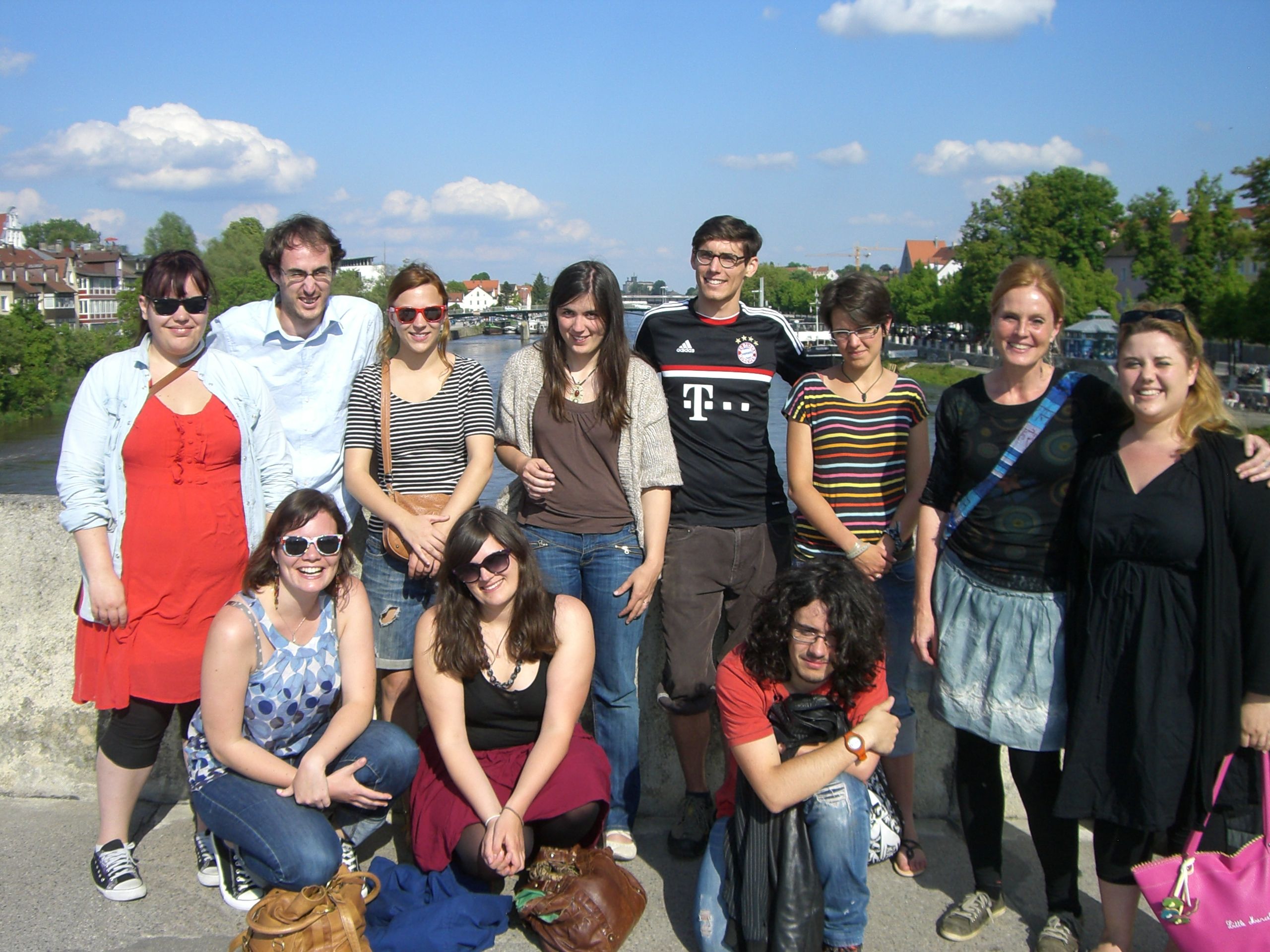 For several days during the morning hours, the students worked on enhancing their non-verbal scenic forms of expression in a workshop on body language administered by Georg Sosani. The afternoon program highlights included a guided tour of Regensburg's old town, a tour of the theater an adjoining rooms and the TF Media Studio, as well as a stage fighting workshop. In the evening, the French guests got a taste of Regensburg student nightlife and joined their German friends for a premiere of a Russian-language performance at Theater an der Uni.

The second stage of the staff exchange, entitled "Help for students", took place from May 13th to 17th, 2013.

Four staff members from the Regensburg and Deggendorf Student Grant Offices and a member of the Social Counseling Department travelled to Clermont-Ferrand for a return visit. After an introduction to the DSE system - "Dossier social étudiant" (= social registration form for students), the German employees got to know the models of financial support for students administered by the Crous. The program also included psychological counseling for students and an overview of the complete range of services offered in the university health centre of Clermont-Ferrand, the "Service de santé universitaire", including a visit to the premises.