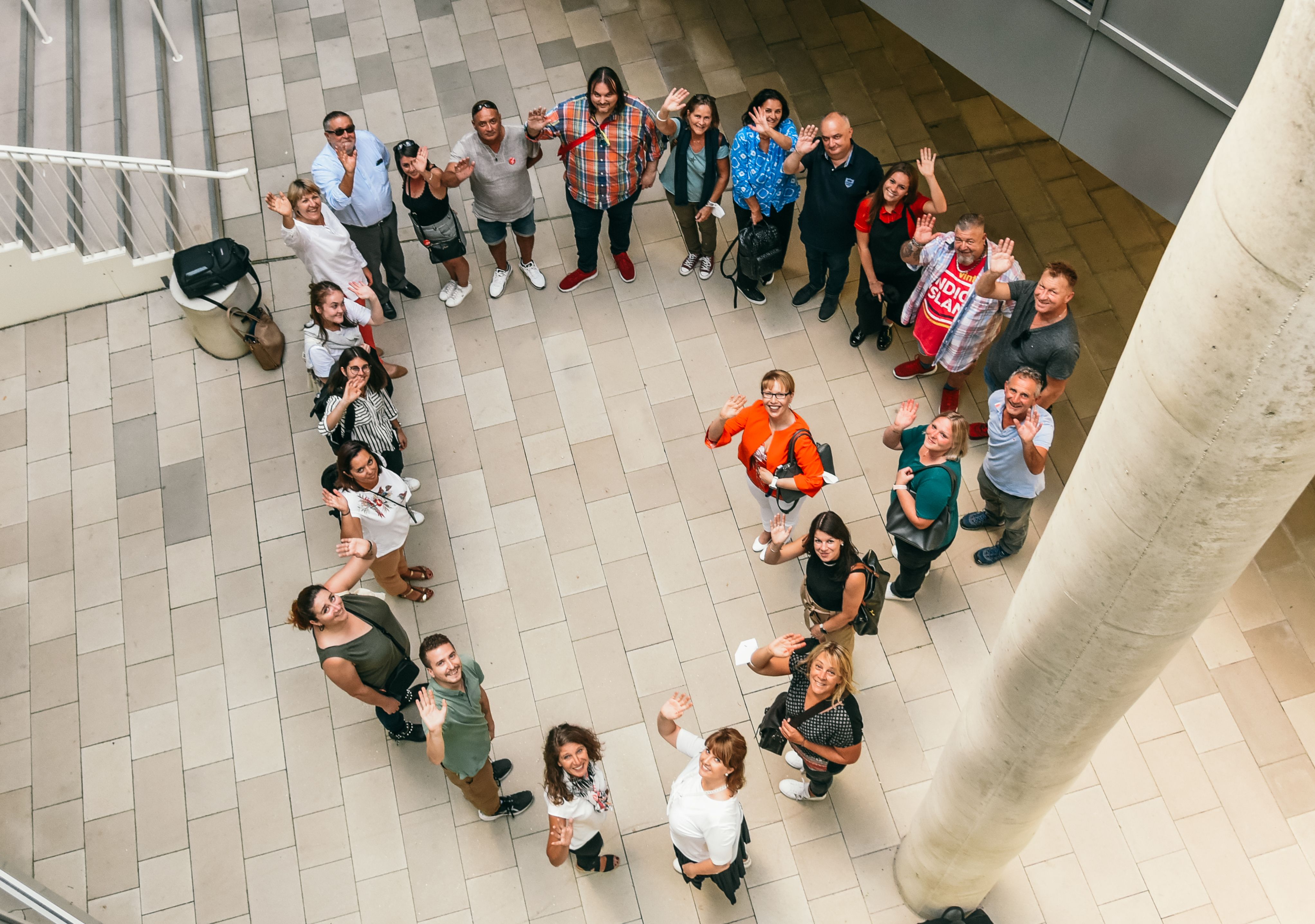 After the anniversary exchange between the Crous Clermont Auvergne and the Studentenwerk Niederbayern/Oberpfalz in 2019 and a pandemic-related break in 2020, a German-French staff exchange could finally take place again in 2021. Eleven German employees from all departments and various work areas of the Studentenwerk received nine of their French "counterparts" from September 6 to 10, 2021. The exchange on the topic of "Dealing with the corona pandemic in Germany and France" was also marked by the ongoing pandemic, as all corona measures were taken into account in the implementation of the encounter.

Despite all the safety measures, there remained the very pleasant realization that an international meeting is possible even in Corona times and that a cross-border pandemic does not break any cross-border friendship. 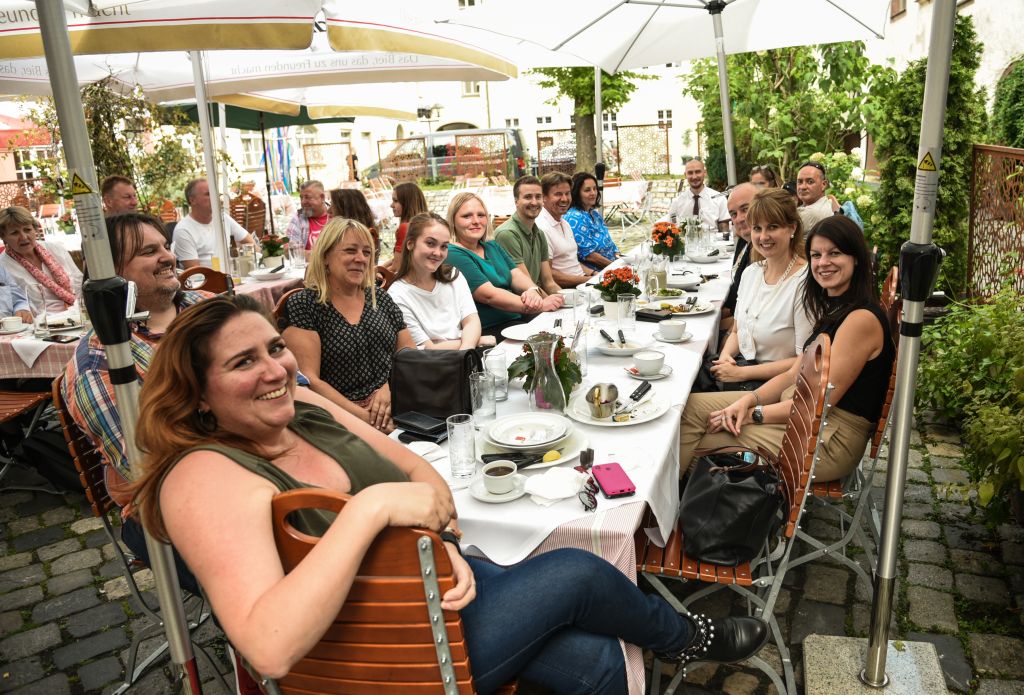 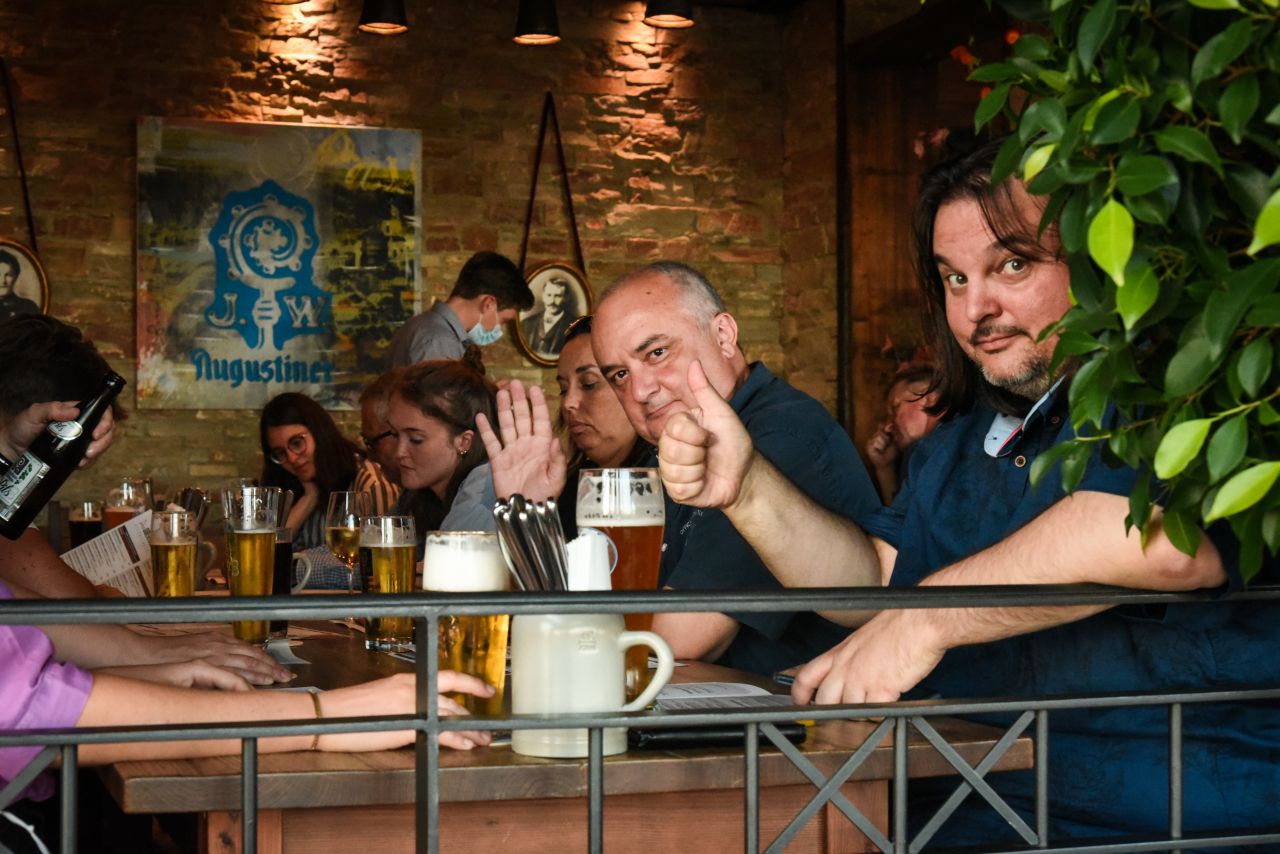 Four offices and much more knowledge

The exchange took place at several offices of the Studentenwerk in Deggendorf, Regensburg, Passau and Landshut. The French guests moved into their accommodation in the new student housing complex in Untere Himmelreichstraße in Deggendorf. The daily excursions departed from there. They started on September 7, 2021 with a trip to Regensburg. After a Bavarian breakfast in the common room of the student housing complex Amberger Stadel, the program included visits to the old town housing complexes in Regensburg. The management and the person responsible for the janitors and for the old town housing complexes gave the French delegation an insight into the operation and rental of listed publicly subsidized buildings. In addition, the challenges in student housing since the beginning of the Corona pandemic were discussed. 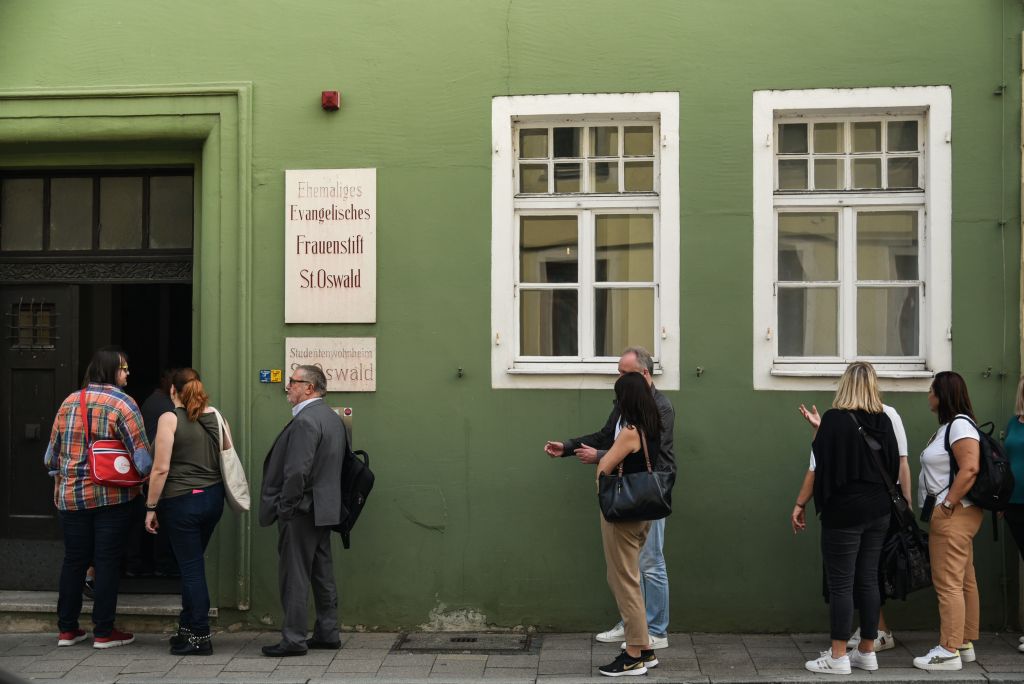 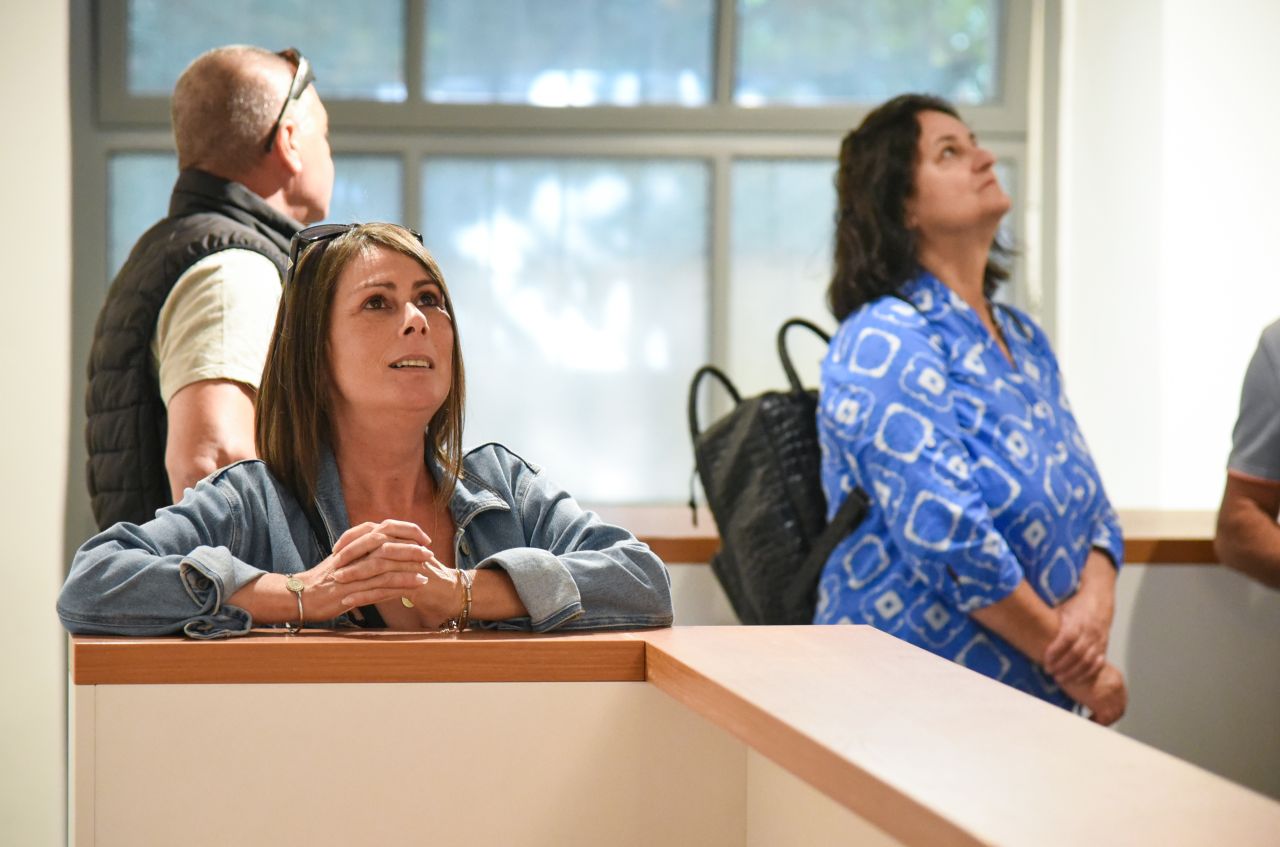 As a counter-program to the housing complexes in historic buildings, the group then visited the Studentenwerk's newest housing complex in Regensburg on Franz-Mayer-Straße. 204 tenants live there in the immediate vicinity of the Regensburg university campus.

The next day in Passau was all about university gastronomy. Because (not only) in this area a lot has happened since the beginning of the Corona pandemic. The frequent adjustment of applicable Corona measures - canteen open; canteen closed; canteen open again, but only to-go; canteen open with restricted on-site consumption, etc. - did not make it easy in the past months for those responsible in the Studentenwerk as well as for the guests of the canteens and cafeterias. The Crous staff reported that the implementation of the hygiene measures imposed by the French government was extremely challenging for everyone, even in the university environment in France. The delegation was particularly interested in relevo's reusable system and the changing range of vegetarian and vegan dishes. After all, the topic of sustainability is a top priority both at the Studentenwerk and at Crous. 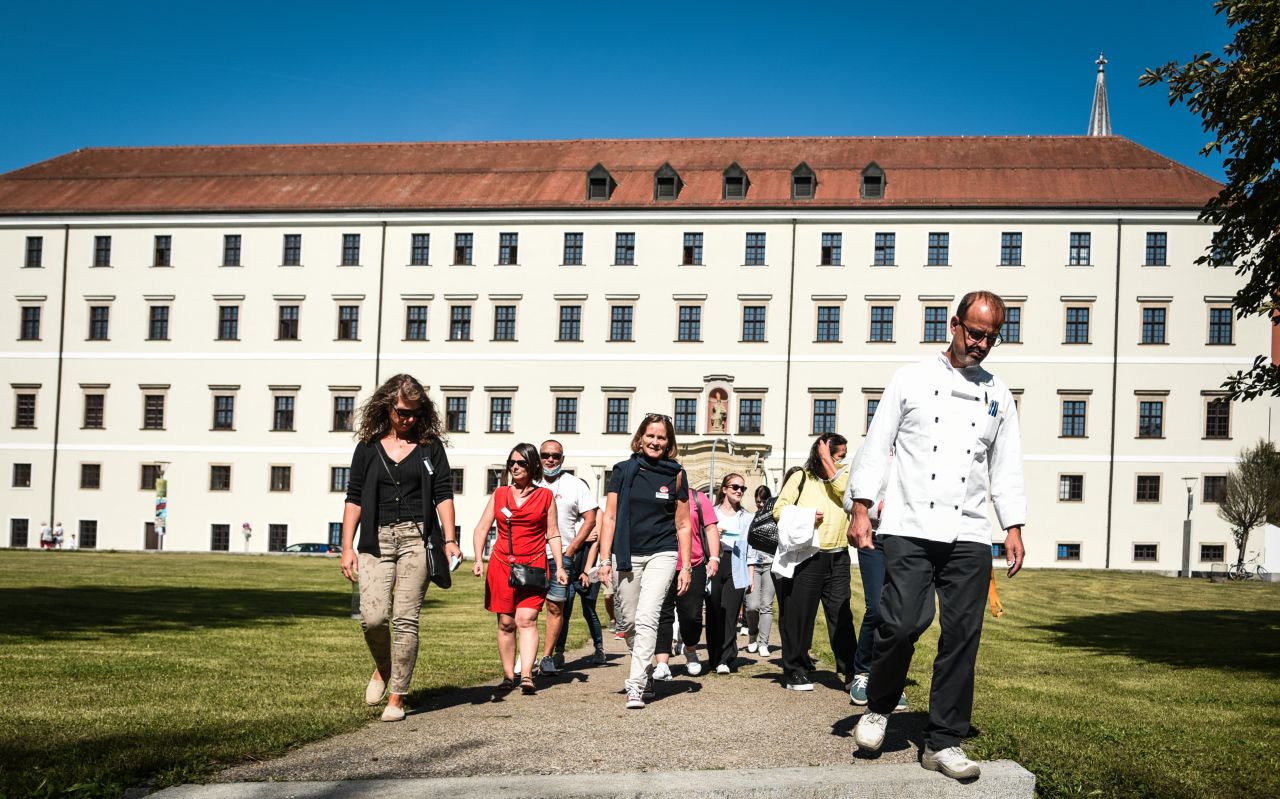 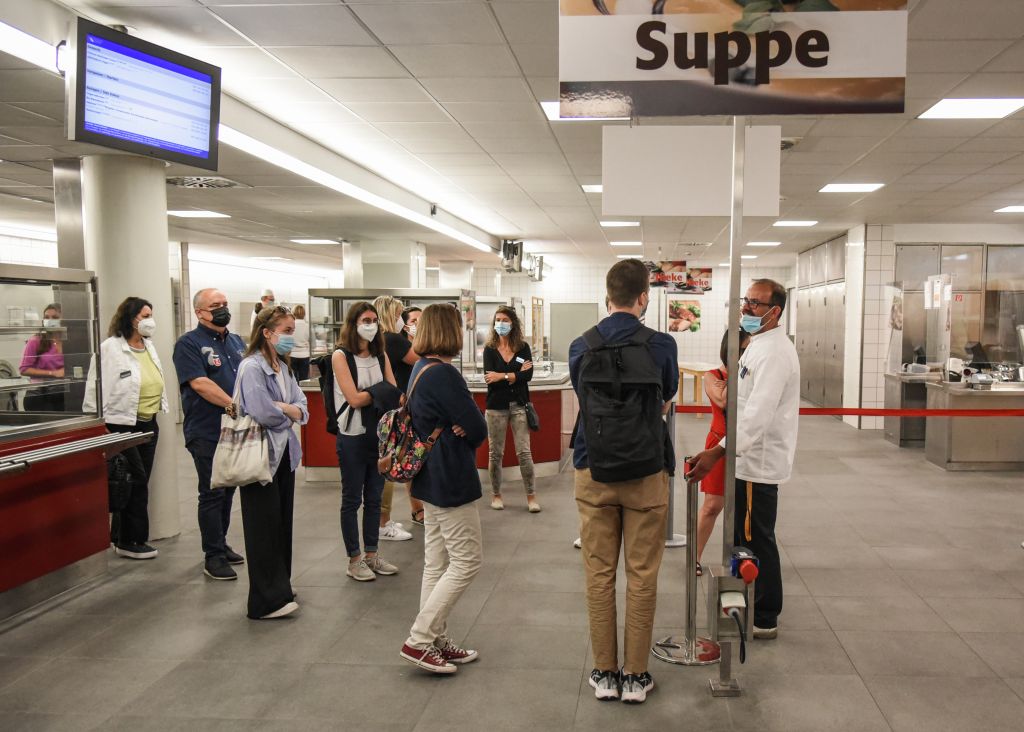 In addition to the professional exchange, the focus was always on personal encounters. During joint visits, e.g. to Regensburg Cathedral, on a boat trip in Passau or - on the last day - to Trausnitz Castle in Landshut, the binational group also got to know each other better in private. Supported by three student interpreters, the formal and of course also informal communication between the German and French exchange participants was all the easier. Many of the participants had never been to Germany or France before. Only a few encounters between people of the respective other nation have taken place so far. Therefore, in addition to the professional and interpersonal exchange, the meeting was also an opportunity to convey an open and modern image of Germany and France. With increasing contact, the initial reserve subsided and the initially suspected barriers no longer seemed so great after all. The Franco-German exchange showed once again that the interpersonal encounter makes the existing similarities seem greater and more important than any differences. 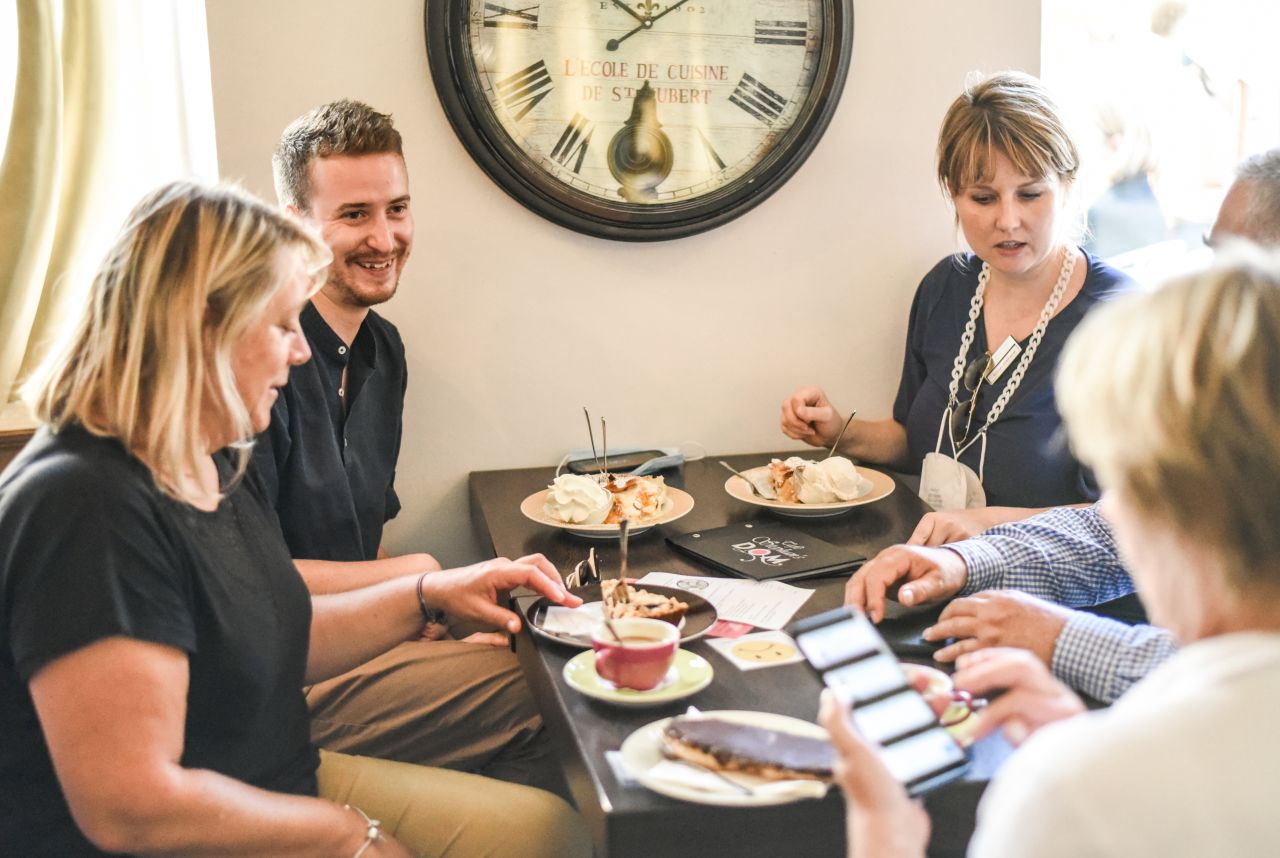 After the Studentenwerk Niederbayern/Oberpfalz had the joyful role as host in 2021, the return visit will take place in Clermont-Ferrand in 2022. The Franco-German group, consisting of staff from the International Affairs, Occupational Safety and Quality Management, University Catering, Construction and Housing, BAföG, Cultural Promotion, Social Counseling and Human Resources departments, will meet again in France to learn more about how the French Crous is dealing with the corona pandemic. The anticipation of the return visit is already great, because with the reunion, first contacts can in the best case develop into friendships. True to the motto: "Vive l'amitié franco-allemande ! Vive l'échange !" 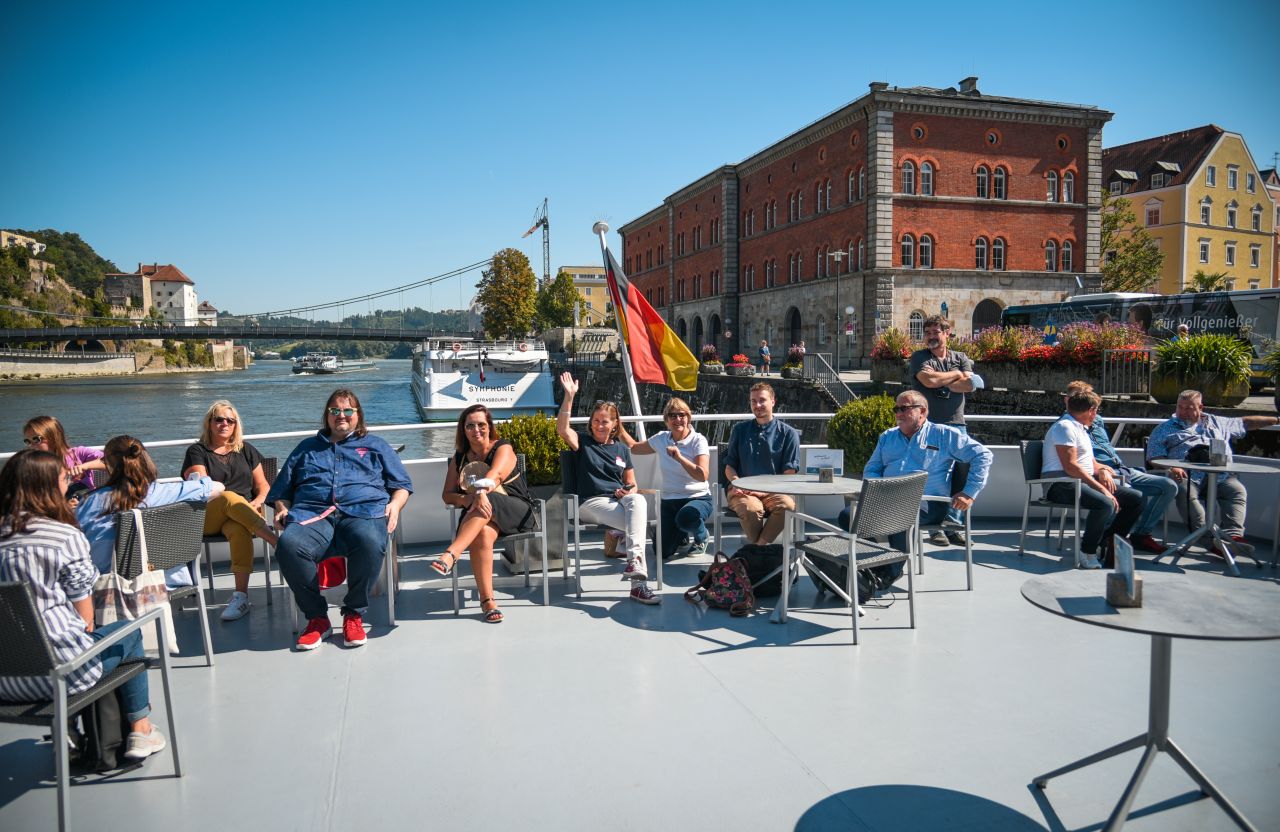 Copyright on all photos: Yuliia Drahan