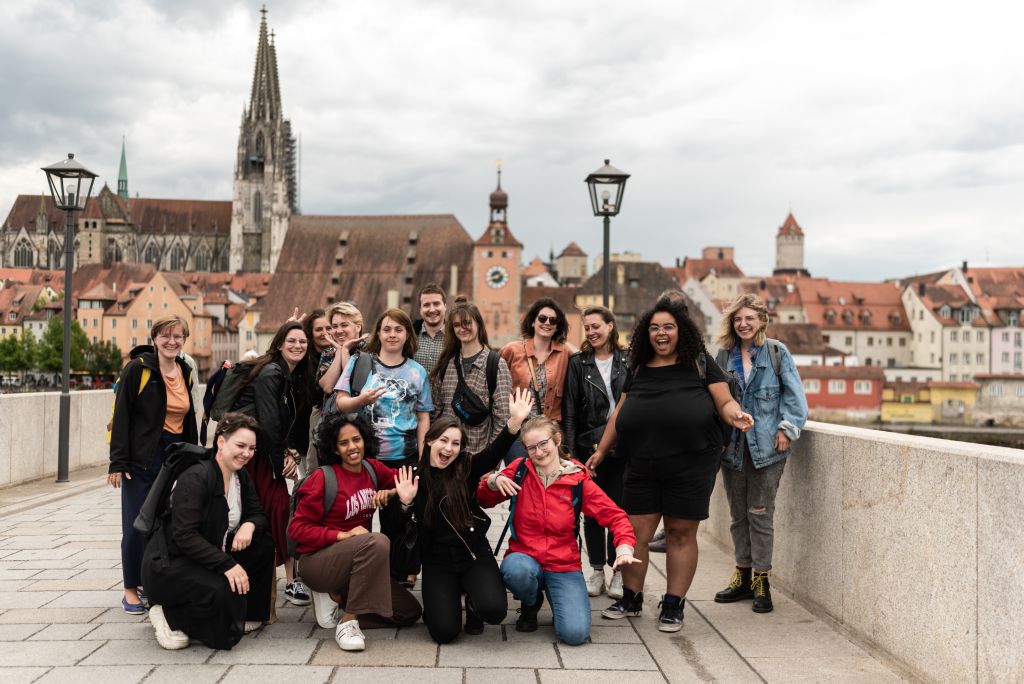 Marking the resumption of exchanges after the long period of the pandemic, the Studentenwerk hosted from June 6 to 10 a student cultural exchange with the theme "Make Peace, not War" in partnership with the Crous Clermont Auvergne. Six French students were able to work in tandem with the same number of German students to reflect together on this subject and to create and express themselves through artistic means on these themes.

A commitment to a very current theme

The resumption of the Franco-German student exchange between Regensburg and Clermont-Ferrand is marked by recent events that push young people to reflect and mobilize on the theme of War and Peace, and more precisely on the theme of making peace. The week began with a time of exchange around the question: "How did you feel when you learned about the beginning of the war between Ukraine and Russia?” Each participant was able to share his or her vision of war and peace, some pointing to the utopian ideal of total peace and others seeking to understand the origin of wars through frustrated egos, uncommunicated feelings or the greed of a corrupting power. All the students insisted on the importance of the commitment, whatever it is and at every level, against war..

During this week, these questions were the source of artistic production in bi-national groups composed of 2 to 4 students coming from various horizons. For some students-artists (special status in France within the university) already very involved in art, others had never yet exploited their artistic fiber and were thus able to give free rein to their imagination in the field of their choice. Music, composition and writing, singing, video, creative arts, photography, theater and dance were all vectors mobilized this week by the students in order to communicate a message of peace.

The challenge was real for these students who had three days before the presentation of their program. They all met the challenge with flying colors, and during the farewell dinner, they showed their work. The whole group was able to attend a play, a piece of music as well as the drafts of its video clip, the reading of four poems and a work of art on canvas having at the same time mobilized painting, collage and photography. The artistic achievements presented are therefore promising for the continuation of the exchange which will continue next year in France.

A cultural program in two stages

As part of the long line of student exchanges between the Crous of Clermont-Ferrand and the Studentenwerk of Niederbayern/Oberpfalz, this cultural program is a two-part partnership. First of all, in Germany, this first week was the opportunity for the French delegation to discover German culture in all its splendor, with a guided tour of the historical center of Regensburg, as well as the tasting of Bavarian specialties in different beer gardens of the city, but also to discover the current university cultural scene during an evening spent at Theater an der Uni where the group was able to attend a performance of Shakespeare's “A Midsummer Night's Dream”, staged and performed by university students.

If the week was well filled as much by the program as by the friendships made along the exchange, the end of the week does not mark the end of the exchange since next year it is appropriate to meet again this time in France for the second part of the program. During the second week of the exchange, the students will be hosted by the Crous Clermont Auvergne in order to finish their artistic productions and thus conclude this cultural project with an artistic vocation. After the success of this first week of exchange and creation, all the students and organizers can only look forward to next year's reunion! 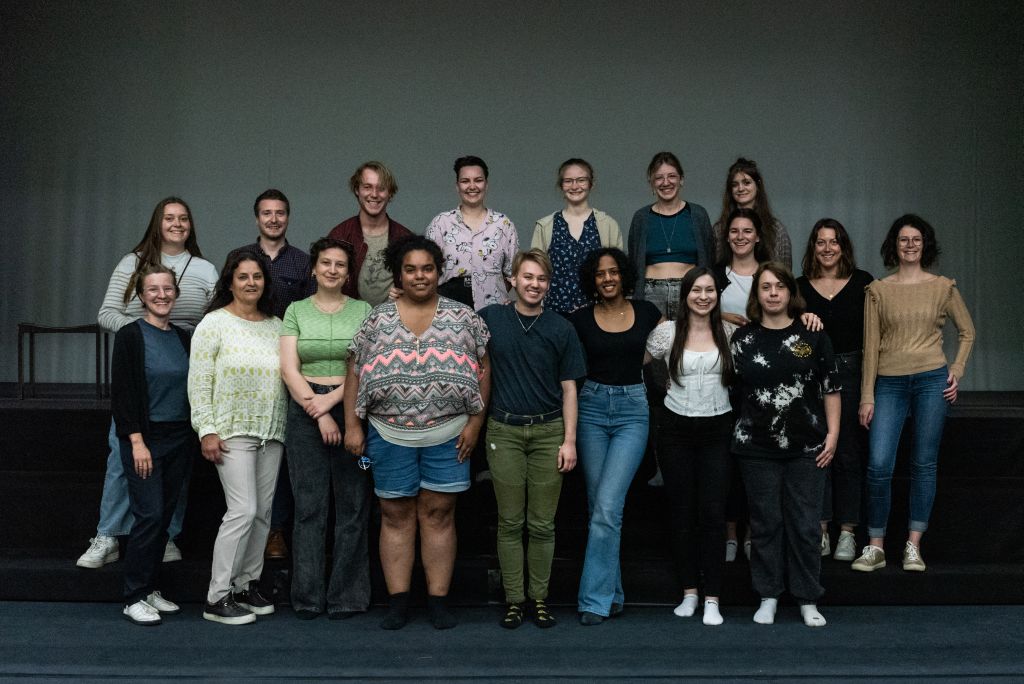 Everyone involved in the project would like to thank the Franco-German Youth Office for the financial support of the exchange. https://www.fgyo.org/ 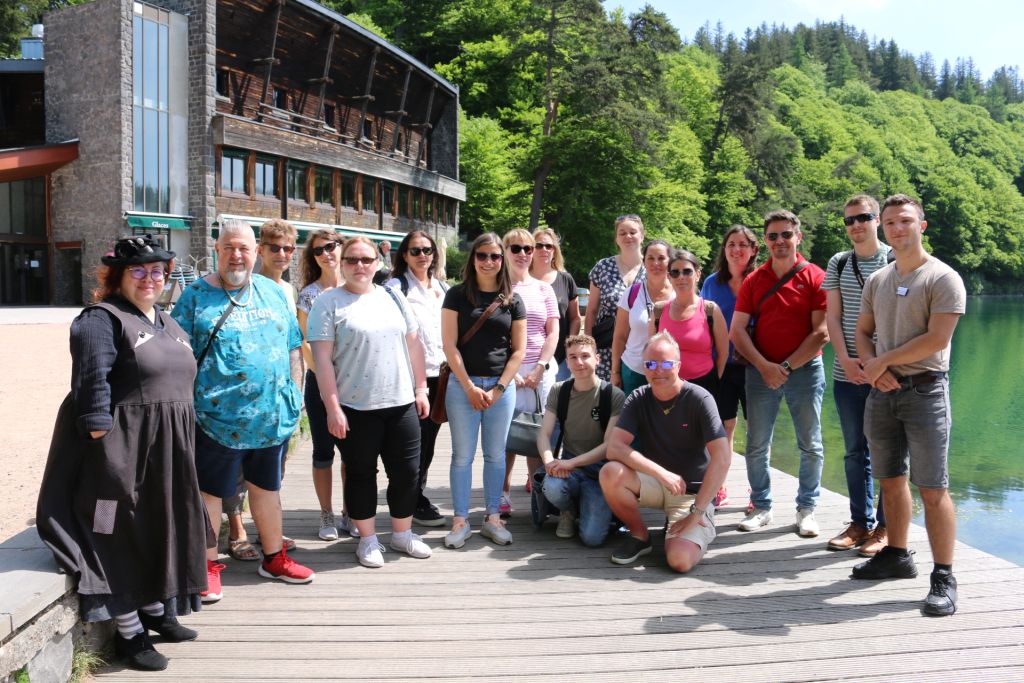 After the first phase of the 2021-2022 exchange cycle in September 2021 in Niederbayern/Oberpfalz, the return visit took place in Clermont-Ferrand from 16 to 20 May 2022. Ten German employees of the Studentenwerk Niederbayern/Oberpfalz found out about how to deal with the corona pandemic in France at the partner institution Crous Clermont Auvergne and also got to know the culture, the country and its people.

Measures against the corona pandemic in France

The exchange between the Studentenwerk and Crous, which has now been in place for more than 40 years, not only brings people closer across national borders and language barriers. Thanks to the similar structures and objectives of both partner institutions, it also enables a professional exchange. The key issue in the 2021-2022 exchange cycle was the corona pandemic. Employees from various areas of the Crous presented their German counterparts with actions and funding programs from the French state and the umbrella organization of the 26 Crous in France, Cnous. The state-subsidized 1-euro meal for needy students in the canteen is particularly memorable: students who receive state funding (comparable to the German BAföG) can get a meal in the canteen consisting of a starter, main course and dessert for 1 euro. Not only do the students receive direct state support, but also the Crous does, e.g. in the form of the “France Relance” program. The aim of the program is to continue the modernization of the Crous and to improve the energy efficiency of the properties. Six residential refurbishments in the Crous Clermont Auvergne are supported under “France Relance”. Some of the residential complexes that have already been renovated or are still being renovated were part of the visiting program. 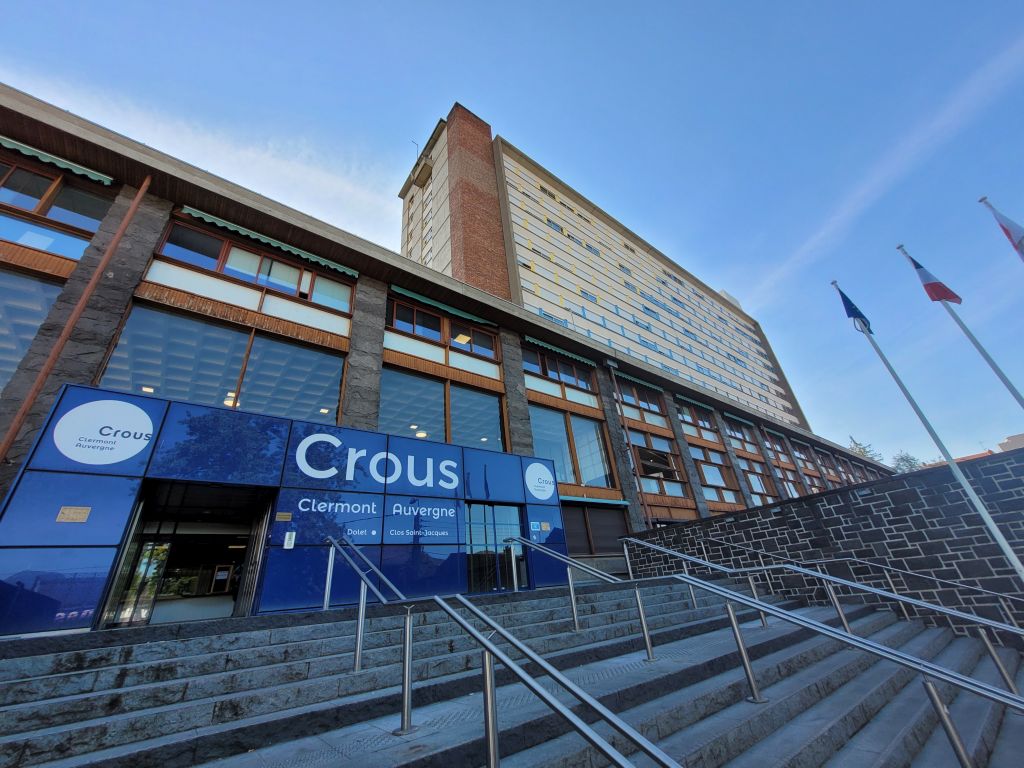 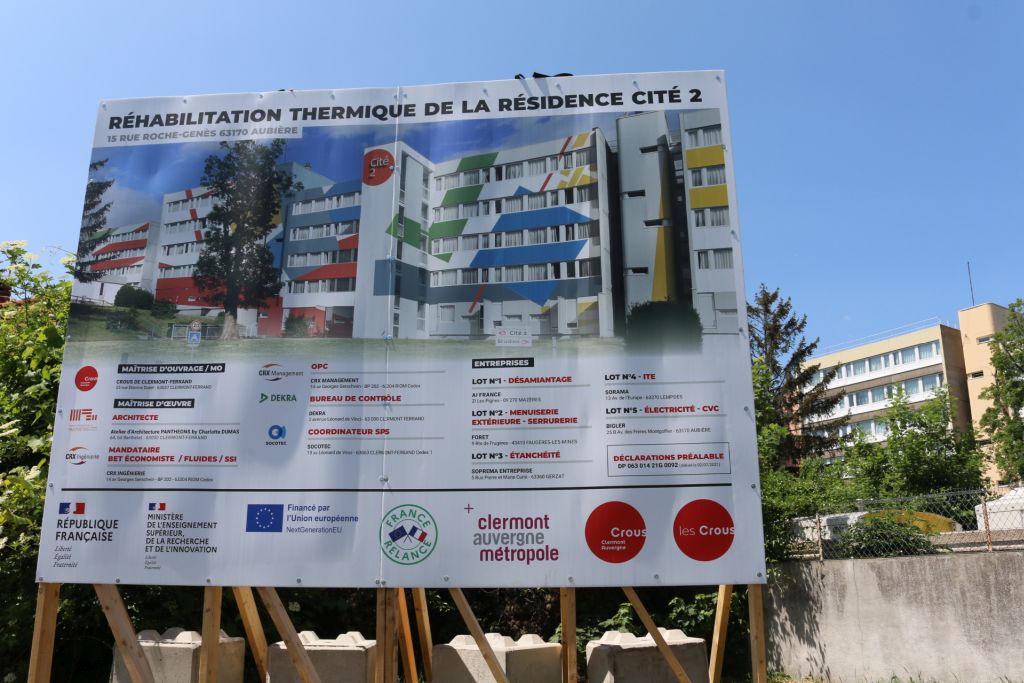 Of course, the Franco-German exchange does not only take place on construction sites or, quite formally, in meeting rooms. At least as important is the informal encounter during joint excursions. And the Auvergne has a lot to offer! Centuries-old Romanesque churches, remote gems like Besse or Orcival, enchanted caves, impregnable castles like in Murol or volcanic lakes steeped in legend: the Auvergne may be wrongly considered an unknown region for many Germans. A unique natural spectacle unfolds between lakes, forests and mountains. And green pastures as far as the eye can see – perfect conditions for cattle breeding and cheese production. It is not for nothing that the Auvergne is known for cheeses such as Cantal or Saint-Nectaire.

The cities of Regensburg and Clermont-Ferrand are particularly closely connected. A town twinning has existed for over 50 years. One could almost think it logically, because the similarities between the two cities can be seen in the comparable number of inhabitants, a lively student scene and the imposing cathedrals in the heart of both cities. Ultimately, however, it is the people and especially the students who stimulate the relationship between the two cities. And the importance of these relations cannot be overestimated, as emphasized by Jérôme Auslender, deputy mayor of the city of Clermont-Ferrand and responsible for student life and international relations, during a reception of the Franco-German delegation at the Clermont-Ferrand town hall.

After three intensive program days, the ten-strong delegation returned to Regensburg, Passau, Landshut, Deggendorf and Cham. In the luggage: many beautiful memories of the moments spent together, the nice conversations and the professional input for the own work back in Germany. And of course with the certainty that there will be a reunion. Because after the exchange is before the exchange. A new two-year exchange cycle will begin in Niederbayern/Oberpfalz in 2023. The anticipation on both sides of the Rhine is already great.